Extra Corporeal Membranous Oxygenation (ECMO) is a mechanical support system that supplements the function of heart or lung(or both), when patients suffer from cardiac or respiratory failure, it is advised to put them on ECMO when conventional treatments fail or has reached it’s saturation point.

Extracorporeal denotes a technique where patient’s blood comes out of the body. Membranous oxygenator is membrane that oxygenates blood. An ECMO supplements the function of heart or lung depending on whatever the need is, either exclusive heart failure or exclusive lung failure or a combination of both.

Medical practitioners using ECMO for support of heart is called VA ECMO whereas using it for lung support it is called VV ECMO.

The process entails the drainage of the impure blood through a cannula (a tube is inserted into a vein or body cavity to administer medication) which is inserted in the femoral vein (thigh vein) of the patient, which then oxygenates the blood and removes carbon dioxide.

Dr. Kishore Jayanthi the ECMO specialist, debunks some of the most common issues about ECMO:

What is the difference between an ECMO and an Artificial Heart?

The major indications of where an ECMO is used are; cardiac failure, cardiac dysfunction following cardiac surgery, inflammatory or infectious condition of heart muscle called myocarditis, cardio myopathy, cardiac rhythm problems (severe arrhythmia and refractory arrhythmias), congestive cardiac failure. It’s a bridge to heart transplant wherein it can he used prior to transplant or post transplant cardiac dysfunction. It acts as a bridge to bridge (where ECMO can be used before patient is put on artificial heart) and is also used in cardiac arrests as ECPR for immediate survival of the patient.

How long can a patient be put on ECMO?

In the west (such as in countries like USA, UK, Germany, etc ), patients with heart /lung dysfunction are put on the ECMO for 2-4 weeks and then assessed later. If the heart or lung doesn’t recover following sufficient duration of ECMO, the ECMO consultant along with all other team members decide whether patient is suitable for heart or lung transplant.

Indications for the respiratory ECMO(lung) include ARDS (Acute Respiratory Distress Syndrome), which includes severe infections, bacterial, fungal or viral, inhalation of fumes like chemical pneumonitis, lung damage due to smoke or burns and oral poisoning (from fertilisers, chemical, etc..). It’s also used in conditions like poisoning and drowning

However, most of the time, ECMO is initiated only when CARDIAC>/RESPIRATORY failure happens within the hospital premises.

Is ECMO a common procedure in most hospitals?

No, it is a very rare procedure that needs a lot of medical expertise, but for a respiratory ECMO, an intensivist can handle the scenario sometimes.

What is the primary difference between the function of a Cardiac ECMO and a Respiratory ECMO?

In case of cardiac ECMO, the blood is drained from the major vein and is sent back through an artery, while in case of a respiratory ECMO, the blood is taken the vein and goes back to vein itself. In the process involving cardiac ECMO, it only takes a few weeks to realise if the heart will recover or not, in case it does not, ECMO will be discontinued. Whereas, in the process involving respiratory ECMO, it takes about a week to several weeks at-least to figure out if the lungs will recover or not. It needs extensive expertise and dedicated team of surgeons & nurses in multi disciplinary approach.

What is the difference between Ventilator and ECMO?

Ventilation is a procedure wherein an endotracheal tube ( Small plastic tube inserted into the windpipe through mouth or nose to maintain unobstructed passageway for oxygen or anaesthesia to lungs) is inserted in the lungs and pressure is provided to the lungs artificially enabling the lungs to open or close. But if a ventilator is not able to do the job or it is causing trauma to the lungs, then the doctor may decide to put the patient on ECMO. Ventilator may cause trauma in case the lungs are already damaged due to severe infection and in such cases ECMO would be the best option weighing the benefits of ECMO over ventilator support.

Would the chance of survival of a patient increase under the assistance of ECMO?

In western countries, they prefer ECMO over ventilator sometimes in specific cases. In India, awareness on ECMO should be increased. However, there are certain complications of ECMO, such as internal bleeding, clot formation, and infections. Similarly, there are several contraindications of ECMO like major bleeding, irreversible organ failure or brain injury etc. Though expensive, this procedure is effective and increases the chances of betterment.

In the case of paediatric ECMO, any patient above 2.5 Kg is eligible for ECMO. In smaller children, the neck area is used for cannulation – carotid artery is used unlike femoral vein in adults.

The following case studies help in understanding the health conditions where ECMO is used.

At STAR hospitals, a 50-year-old patient flew from USA, who was suffering from viral respiratory infection, that developed into a secondary bacterial infection of the lungs leading to pneumonia. The team of medical practitioners tried prone ventilation but was of no help. Then they initiated respiratory ECMO. The patient also had kidney problem for which he received dialysis while being on the ECMO. Finally, he came out of ECMO following which Tracheostomy done. He remained on ventilator for a while, his infection was treated & after recovery, sent back to the US from where he hails.

A patient aged somewhere in between 35-40 suffered from myocarditis – infection of the cardiac muscle. She was put on the ECMO and within 2-3 days she responded well to the therapy.

A less than month old baby underwent a surgery called ALCAPA repair, after which the child suffered a cardiac arrest. Immediately, the child was put on VA ECMO. The heart recovered within a week and responded well to treatment but the lung and kidneys unfortunately failed. Having an open chest and suffering from various blood infections and other issues the child succumbed to death. However, the child’s heart responded well to the treatment although lung did not recover.

Therefore, given the extent of technological outreach, all medical equipment has its own share of advantages and disadvantages. ECMO has time and again, been proven to be highly efficient in terms of its ability to provide the heart and lungs with the rest that they need at times of grave cardio-respiratory dysfunction. 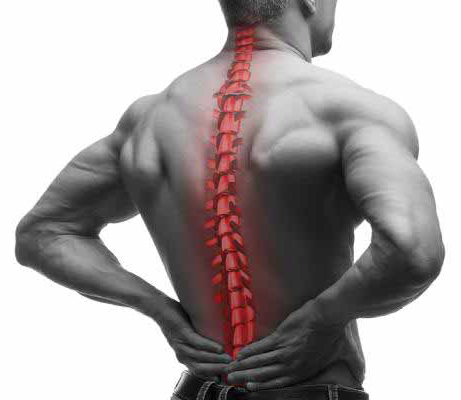 Ankylosing spondylitis (AS) is a form of arthritis that primarily affects the spine... 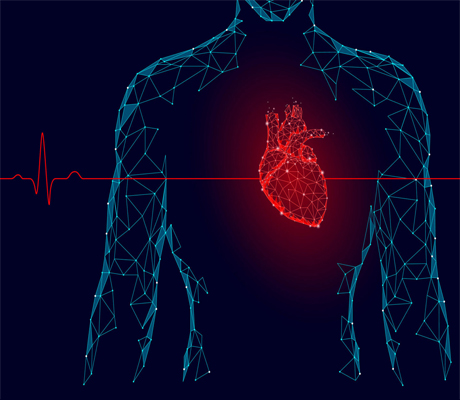 Undergoing angioplasty with one or more stents being placed in the ...

Get the Star Hospital's App

We'll send you the link, open it on your phone to download the app 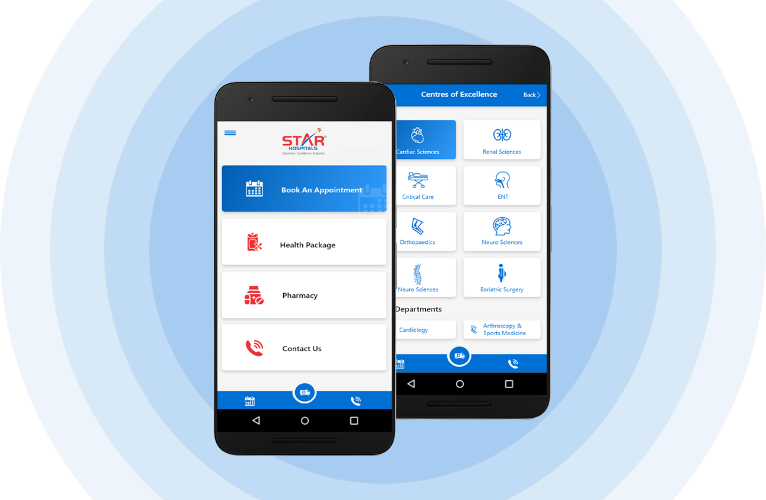 Are you sure to delete this information ?